Designed by WilkinsonEyre Architects in collaboration with Toronto’s Adamson Associates, CIBC SQUARE’s South Tower is now ready for occupancy. To grace the office tower lobbies, the project team commissioned Toronto-based painter Steve Driscoll to bring Canada's northern boreal forest into this tower of steel and glass in an unprecedented way.

The massive public art installation entitled “A Light Stolen From the Sun” features 12 digital prints on laminated glass in the main lobby and fourth floor canopy of the Ivanhoé Cambridge and Hines property. These backlit glassworks inspired by Canada's boreal forest brings the outside in, making return to work that much better.

Everything in the 75' high lobby emphasizes the vertical—tall elevator surrounds in dark bronze, four-story columns, the tree-like stonework—and draws the eye up. Fittingly, the artwork also reaches to the sky. Integrated into the recess of the six elevator bays or corridors—where the ceiling drops to a still impressive 36’—are 36’ high x 9’ wide softly backlit glass panels depicting tall trees in a watery setting. The saturated colors and animated brushstrokes are appreciated close-up. Glimpses of the artwork—as tall slivers of color interrupted by stone—can also be appreciated by passers-by on the street.

“The lobby has a tree-like structure and there is this sense that the repetitive forms of these super tall trees are holding up the building,” says Driscoll. Echoing familiar Ontario forest scenes of red pine and cedars, are luminous panels of red, cyan, magenta, orange, wisps of green with dark deep shadows.

After experimenting across media, sizes, scales, and collaborating with commercial photographers and printers, Driscoll came up with a technique that achieved the crisp colors, detail and immersive experience he was after. He painted the scenes onto large plastic panels with urethane tinged with oil paints. This was followed by a month-long digitization process: taking close-up images of every inch of the artwork and then stitching them together to create one incredibly large file. The final images were then printed onto extra clear (low iron) glass using a large format UV inkjet printer with extremely high resolution (up to 1,500 dpi). The glass was then laminated onto a second piece of glass, sandwiching the image between the two glass pieces. A hoist was used to lift the glass sections (6 lbs. per ft²) into place and then backlit with LEDs.

In addition to the six pieces in the main lobby are six additional panels, each 16’ high x 9’ wide, on the 4th floor ‘sky lobby’. And here, the perspective changes. “It’s like being in a tree house” says Driscoll. “Rather than looking forward towards the horizon line, crank your head back and look up. It's a sort of whimsical and intimate view of inside of a forest canopy.”

Integrating public art into the urban environment, and in one of the highest trafficked areas in the country next to Union Station is transformative. The main lobby is part of the public domain, and the fourth floor—which connects to all bridges—provides another opportunity for people to view Driscoll’s art.

Work is also underway on the second phase of CIBC SQUARE, the 50-story North Tower at 141 Bay Street, which is targeting completion in late 2024. 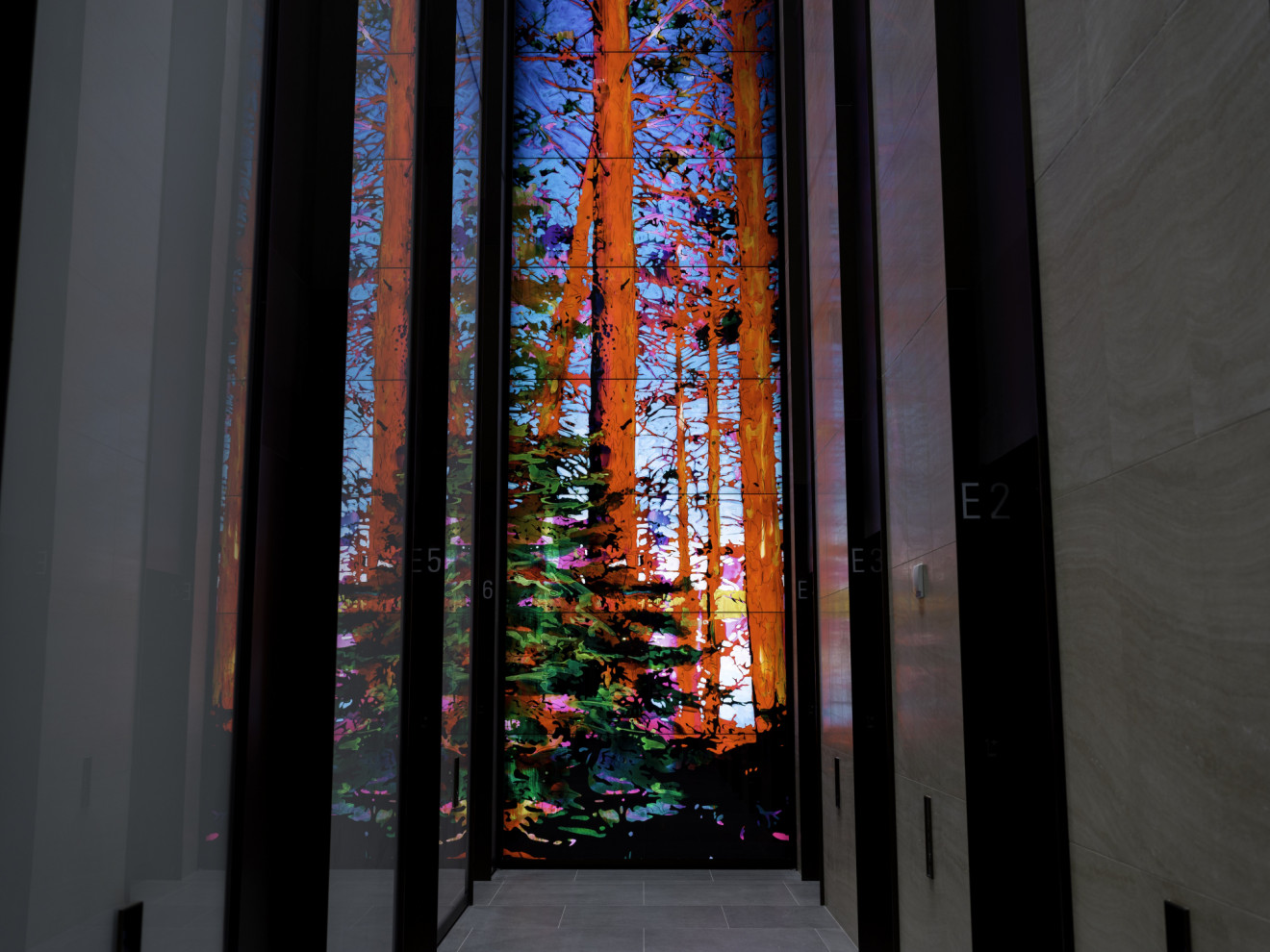 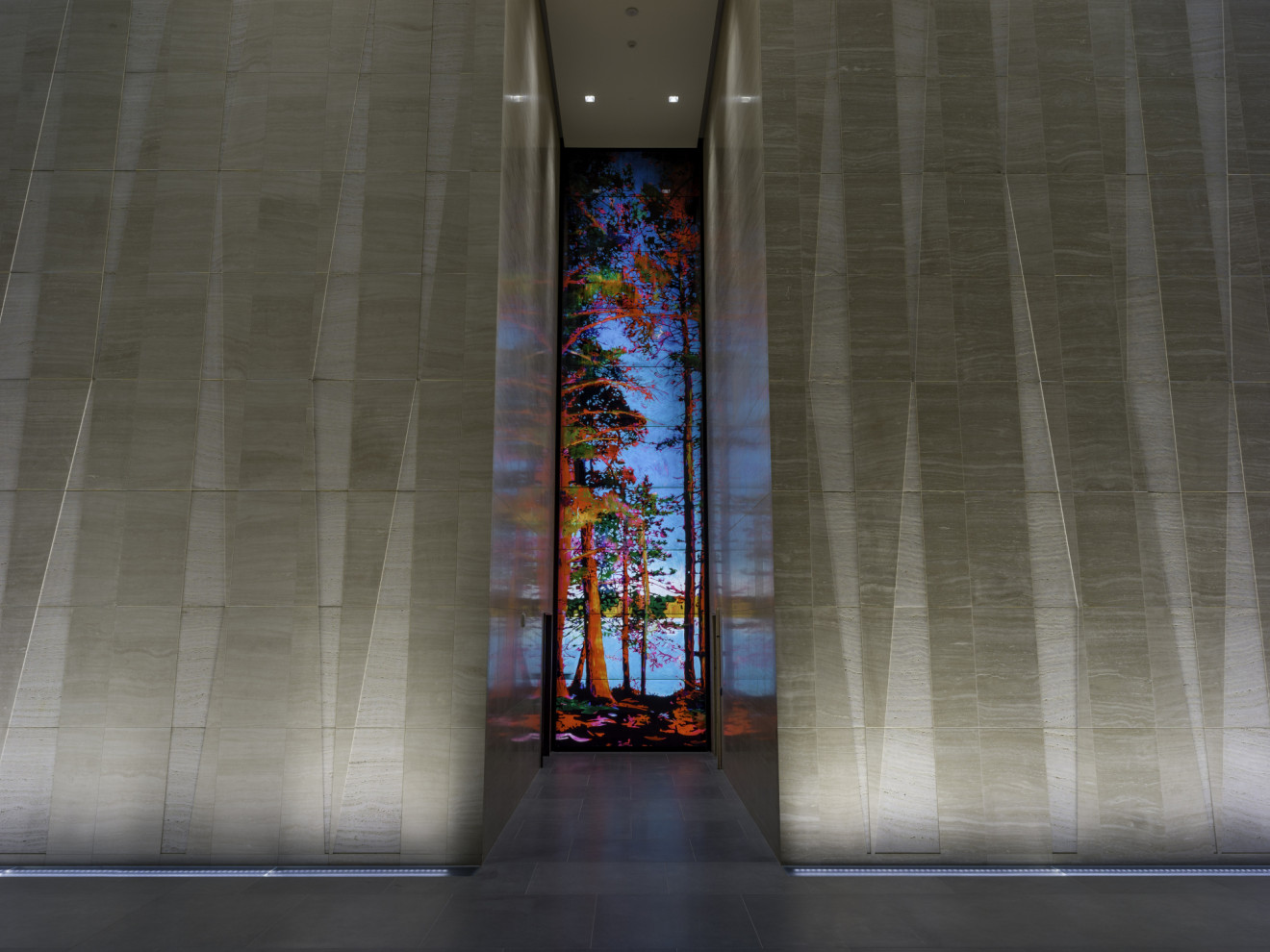 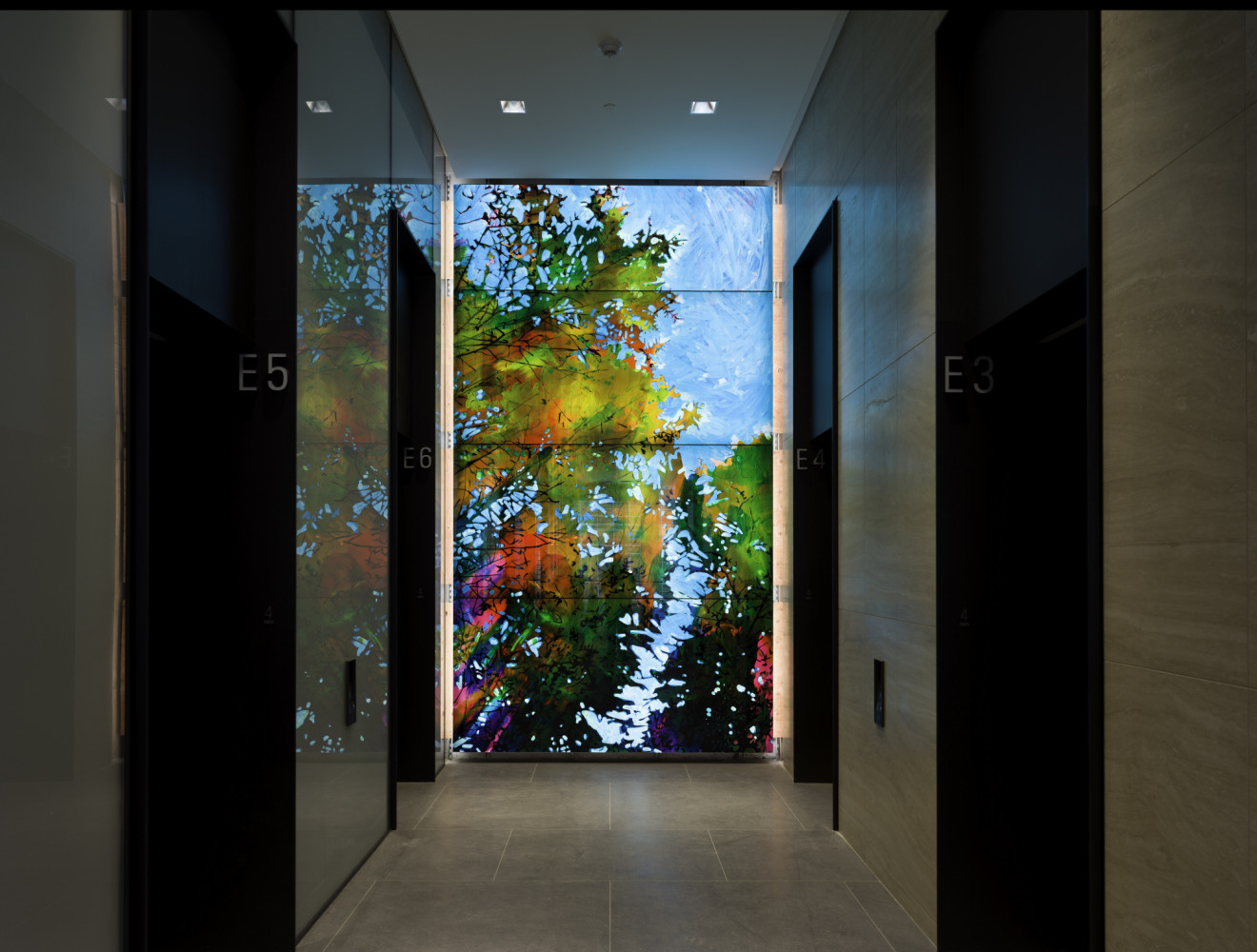 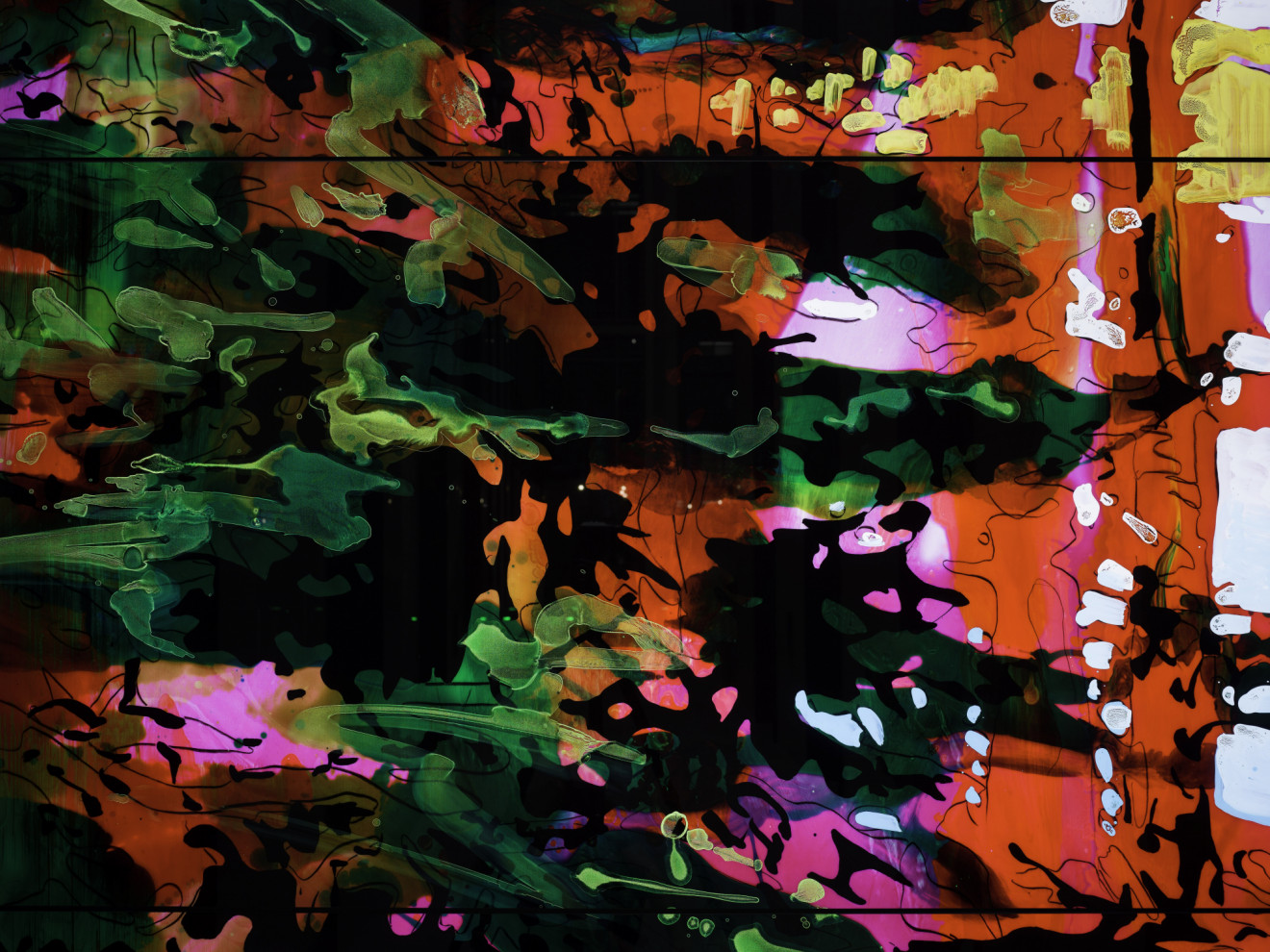