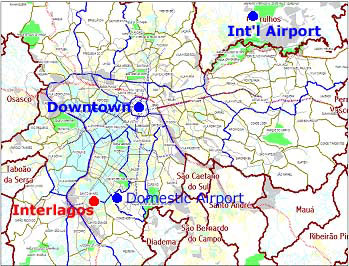 Hines Brazil acquired a 10-acre site in the Interlagos region of São Paulo for this middle-income residential development. Completed in 2010, Interclube Residential Development consists of 876 units with a mix of two and three-bedroom apartments in 13 separate towers. The numerous common area amenities in the gated community will include four swimming pools with clubhouses, various sports facilities, barbeque areas, playgrounds and game rooms. The development program also includes the donation of a two-acre portion of the site to the city of São Paulo for a public park.

Interlagos is located in the southern region of São Paulo. The area is in close proximity to the Berrini and Marginal Pinheiros office submarkets, two of the city’s principal employment centers. With frontage on two major avenues, the site has excellent visibility, access and egress, as well as numerous public transportation options. A regional mall and two hypermarkets are located within walking distance.