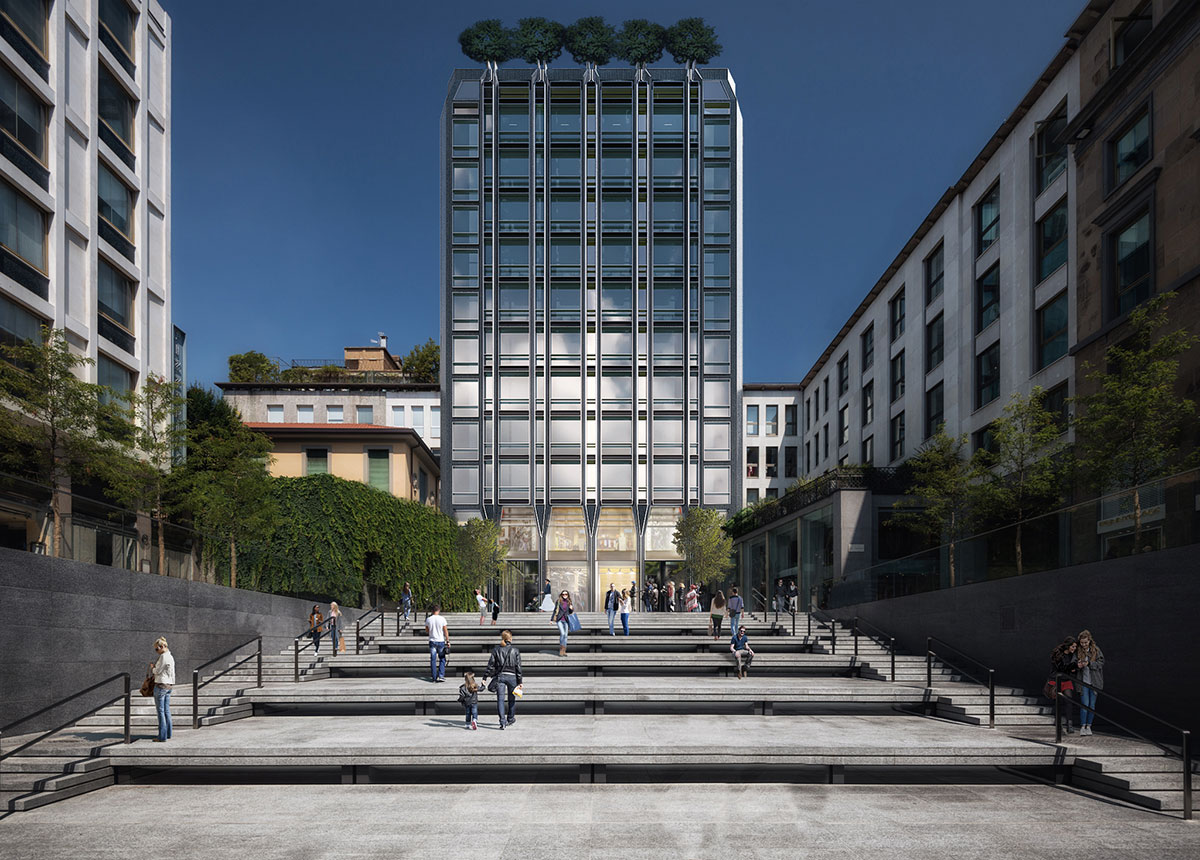 About The Liberty Tower

In 2017, the Milan value-add joint venture between Hines and PGGM, a large Dutch pension fund manager, completed investment into a portfolio of three buildings located in the heart of Milan’s historical center: The Liberty Tower, Via Mazzini and Via del Lauro (sold in 2018).

The 64,000-square-foot (6,000-square-meter) Liberty Tower is located in close proximity to the area's financial and commercial districts and is adjacent to Corso Vittorio Emanuele II—the most important mass market high street in Milan.

Designed by architects Eugenio and Ermenegildo Soncini and built in the second half of the 1950s, The Liberty Tower is the only high-rise with modern features in the historical center of Milan.

The flagship building is undergoing an extensive refurbishment—which will also elevate the building to the highest standards of sustainability—and will be converted into a mixed-used property with prime offices on the upper floors and a retail base on the first floor. The asset is also benefitting from the redevelopment of the piazza with the opening of the Apple flagship store, making it a unique location. A rooftop level will be built on the highest covered floor offering a panoramic view of the city.