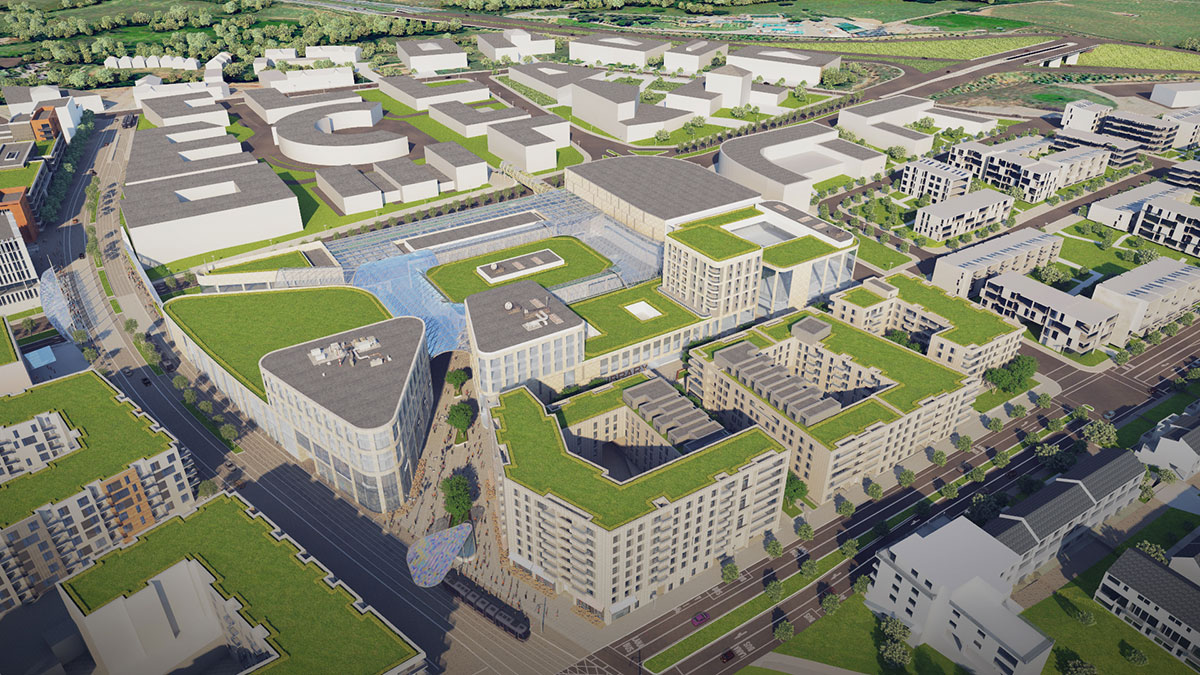 In 2014, Hines acquired Cherrywood in South Dublin. The two components of this investment include an existing 53,000-square-meter office park and a 390-acre master-planned development site. The Cherrywood site has been acquired with approval for the construction of a new, retail-led mixed-use Town Centre; up to 3,800 apartments and houses; and zoning capacity to expand the second largest office park in Dublin to three times its current size.

Located in the South East of Dublin, Cherrywood is bounded by some of Dublin’s most affluent areas.