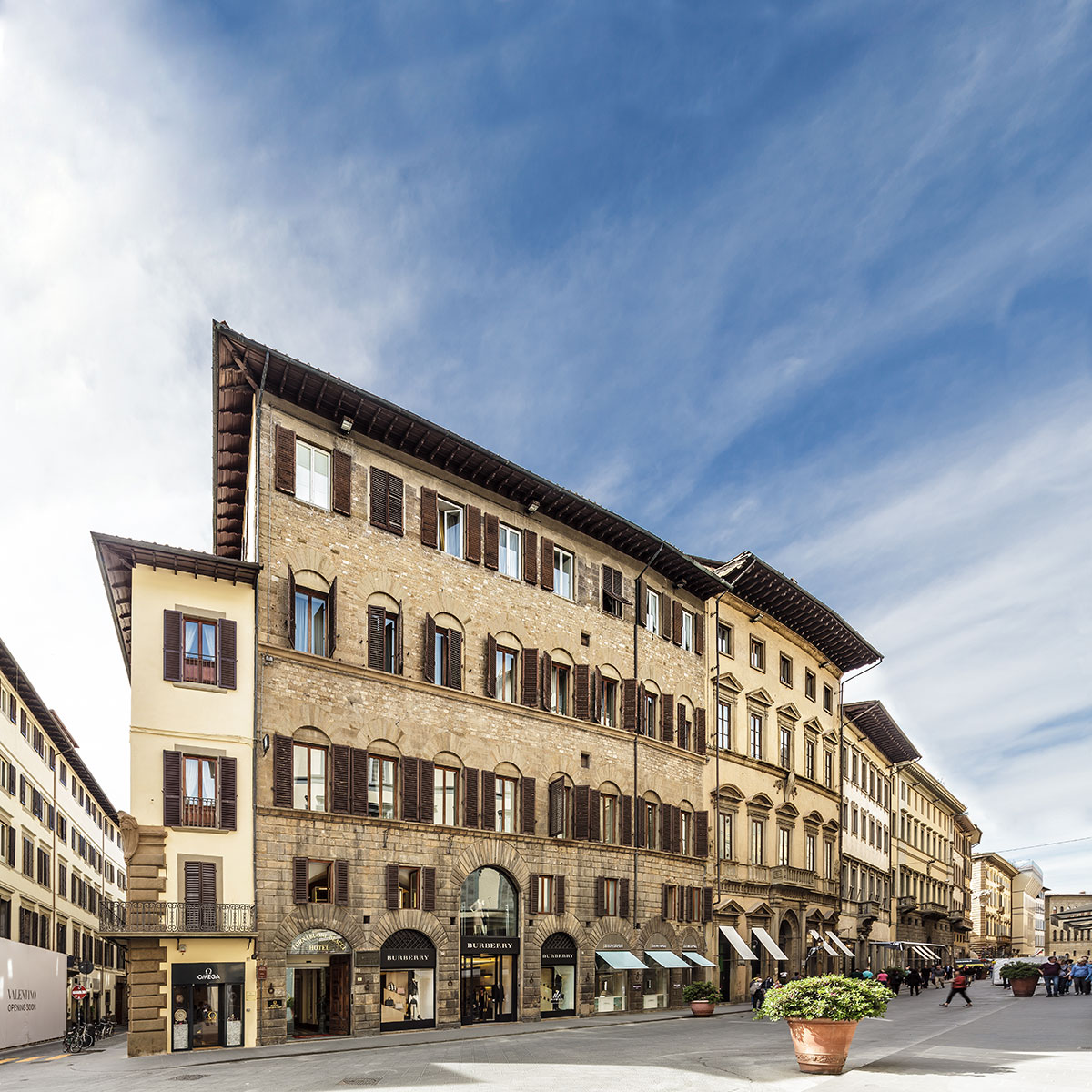 Via Tornabuoni, known as Palazzo Minerbetti, represents the first historic building acquired by Hines in the Italian market after its rebranding in 2016.

Originally built in 1499 and last refurbished in 2008, the property is well-positioned on Via de’ Tornabuoni, facing the iconic Piazza Santa Trinità, one of Florence’s most historical sites and prestigious high streets for international luxury brands.

The 5,000-square-meter asset comprises six floors. The ground and first floors are leased to prime retail tenants Burberry, Tiffany & Co., and Omega. The top four floors are leased to AG Hotels, a premium luxury hospitality brand that chose the location for their new five-star independent luxury hotel, Il Tornabuoni. The hotel will offer 62 rooms and suites combining innovation and Renaissance elegance and will contribute to making Via de’ Tornabuoni a lively and dynamic area for both locals and visitors.

The acquisition demonstrates Hines’ investment philosophy aimed at regenerating the prestige of iconic trophy assets while shaping modern urban city centers, as shown with the Cordusio 2.0 and The Liberty Tower projects.